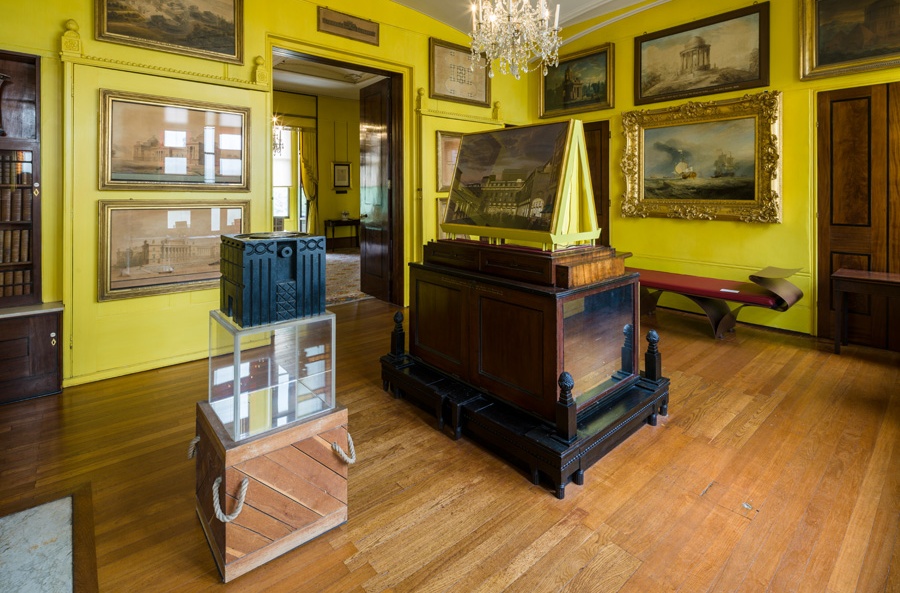 On View at the Sir John Soane’s Museum, The Return of the Past: Postmodernism in British Architecture presents a broad, if not myopic, view of ‘70s and ‘80s English buildings.

The Return of the Past: Postmodernism in British Architecture is as focused on its context as its content. Housed in the labyrinthine Sir John Soane’s Museum in central London, the exhibition wears the influence of the great English neoclassicist and hoarder par excellence on its flamboyant sleeve. As curator Owen Hopkins points out, “This stuff needed context. One of the driving ideas of the Postmodernist movement was that architecture has a context” and indeed any attempt to turn the wunderkammer that is the Soane museum into a sort of white cube exhibition space would be ridiculous…