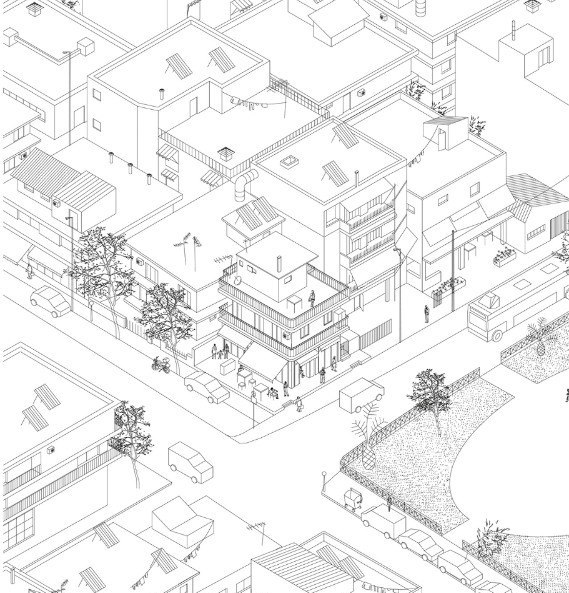 The Public Private House is an intensely and densely architectural book containing very few architects. Instead its main character, an intriguing and perplexing protagonist that snakes its way through the city of Athens like a Sophoclean tragic hero, is the polykatoikia.

Polykatoikia as a word alone may not be familiar, but any previous visitor to Athens will instantly recognise polykatoikies as the defining typology of the city’s urban landscape – more than any acropolis or other feature of the Attican built environment.

Translated literally as ‘multiresidence’, the polykatoikia is a multi-storey, mixed-use building occupying characterised by balconies, stepped terraces and white paint on its exterior and a mixture of private residences and businesses on its interior, both at street level and upwards. As Richard Woditsch, architect and editor of the book explains, “to research the polykatoikia also means to research the modern urban history and development of Greek history in general and Athens in particular.” The Public Private House thus interrogates this particular building type – its specific architectural attributes and case studies – but more importantly its role in the last 100 years of Athens’ urban development…