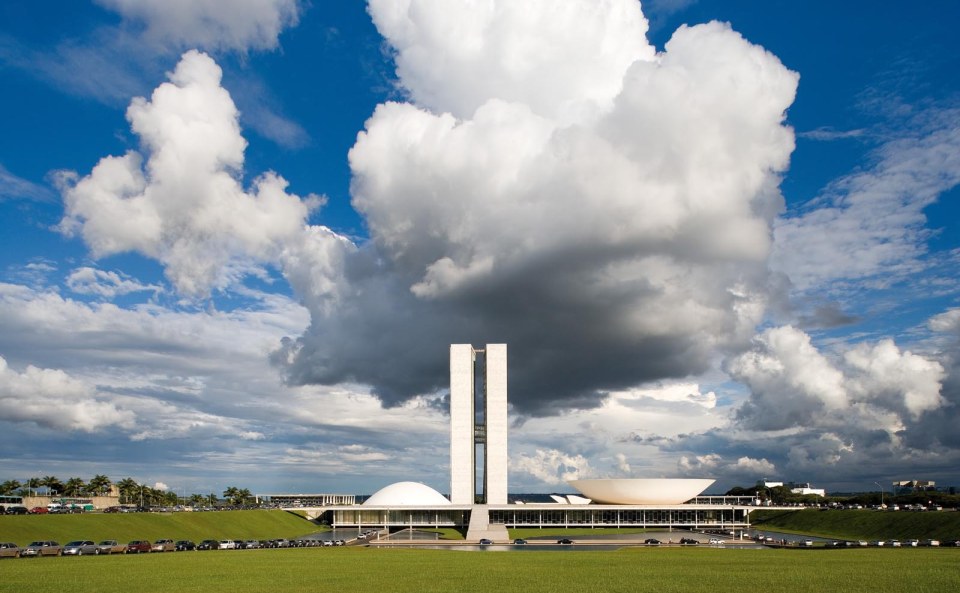 Cultural diplomacy or downright propaganda? On the occasion of its current exhibition, Latin America in Construction: Architecture 1955-1980, George Kafka takes a look at the New York MoMA’s history of Latin American architecture exhibitions and finds that politics and economics are never far below the architectural surface.

Described as “a weapon in national defence” by one of its former presidents, New York’s Museum of Modern Art (MoMA) has played a fascinating role in the history of US cultural diplomacy. Nowhere is this more illuminating than in the museum’s history of exhibitions on Latin American architecture. Three shows over seventy years have not only celebrated the innovative work of architects and urbanists across the continent, but also shed light on contemporary political relations between the US and its southern neighbours, as well as the wider global geopolitics of the time.

As the latest chapter in this meta-narrative of Latin American architecture exhibitions at the museum, the current Latin America in Construction: Architecture 1955-1980 offers an interesting opportunity to consider how Latin America has been constructed as an idea by these shows – and what this latest installment might reveal about US-Latin American relations today.

The earlier two exhibitions: Brazil Builds in 1943 and Latin American Architecture Since 1945 in 1955, were of course overdue explorations – and recognition – of the importance of Latin American architectural and urbanistic practice by the MoMA, but at the same time they were also reductive in their treatment of the region and are impossible to separate from their political contexts.

The exhibition catalogue of Brazil Builds for instance, reveals that MoMA and the American Institute of Architects “were both anxious to have closer relations with Brazil, a country that was to be our future ally [in the Second World War].” The content of the exhibition explored the infrastructure of the rapidly modernising nation in some detail: its impressive programme of new schools, hospitals and roads was expounded upon and illustrated for the viewing public at MoMA, as though to convince them of the clear benefits of allying with Latin America’s largest nation.

The museum’s next exploration of Latin American architecture came in 1955 with Henry Russell Hitchcock’s far-ranging Latin American Architecture Since 1945. Like Brazil Builds, the show represented an important redressing of the neglect that has characterised the MoMA’s treatment – or rather non-treatment – of the region’s varied architectural practices.

But while the focus on the use of colour and mosaics as well as the use of natural materials, in projects such as Luis Barragán’s Jardines del Pedregalin in Mexico City, provided valuable contributions to contemporary architectural discourse, once again it is impossible to separate these aspects of the exhibition from the historical context in which it took place.

The year preceding the exhibition’s opening saw the first CIA-backed coup d’état in Latin America (toppling Jacobo Árbenz in Guatemala), the first in a series of veiled interventions that would define US-Latin American relations up until the early 1990s. Similarly, the 1950s saw the return of the MoMA’s role as a definer and expounder of US values at home and abroad. Most famous in this respect, was the seminal New American Painting show of abstract expressionists (Pollock, Rothko et al.) which acted as both a source of national pride at home (with America, not Europe, as the new home of the artistic avant-garde) and as a piece of US (capitalist) propaganda as it toured eight European countries throughout 1958-9 – in clear contrast to the dominating socialist-realist art in communist states at the time.

Hitchcock’s 1955 Latin American show was also taken beyond the bounds of Manhattan, touring first through the US and Canada, before making its way to Mexico in 1957 and to pre-Castro Cuba in 1958. The image of the continent presented was one of cultural homogeneity – an “impersonal anonymous architecture” but “extensive in scope” and “brilliant in design” nonetheless. While complimentary, the show abounded in generalisations. Cultural unity was projected as reality by an exhibition that had much to gain from overlooking wide regional differences. Hitchcock’s show created a homogenised idea of a continent so as to encourage economic and political partnerships, largely for the benefit of the US.

Fast forward to 2015 and the MoMA has returned its gaze to the architecture of its southern neighbours with Latin America in Construction: Architecture 1955-1980. Development in the region is one of the principal focuses of the exhibition. The period from 1955-1980 saw dramatic furthering of national infrastructures manifested in grand civic projects. The construction of the new Brazilian capital at Brasília in the late-1950s, for instance, combined functional urban organisation with the sensual curves of Oscar Niemeyer’s civic buildings while Rogelio Salmona’s social housing in Bogotá expressed modernist typologies in distinctive red brickwork. Across the region architectural innovation was coupled with state-sponsored nation building.

“It was a particularly productive and distinct period in the history of Latin America”, explains Clara Irazábal of Columbia University. “There was a lot of faith in progress and modernisation, whereas today we see a certain suspicion surrounding these ideas.” Progress and modernisation have come to mean very different things in the era of neoliberalism. Market construction for a globalised economy has replaced the broad cultural nationalism that facilitated the ground-breaking architecture of the Latin American mid-century. As with urban landscapes across the globe, Latin American cities have become defined by commercial projects for private gain: the glass and steel high-rises of Buenos Aires’ exclusive Puerto Madero neighbourhood which tower over the city’s slums provide one such example.

This neoliberal turn goes some way to explaining why the museum has returned its attention to the architecture of the continent. Off the back of a decade of economic growth, the US now finds itself in conflict with China to maintain economic dominance in Latin America. China is already Brazil’s largest trading partner and its position in the region is set to strengthen should a proposed Chinese-built coast-to-coast railway across Brazil and Peru go ahead.

Although co-curator of the exhibition, Patricio del Real, is keen to downplay the political role of the museum today, he does concede that the economic importance of the region is a factor in accounting for the museum’s renewed interest in the continent. “The world of the Cold War is not here anymore” he explained, “so the position of the museum as a political actor within culture is radically different. This said, I think the exhibition partakes in the importance that Latin America has as an economic region, which goes some way to explain why there’s a certain interest in Latin America now.”

The return of Latin American architecture to MoMA provides a welcome opportunity to reflect on architectural practice in the region, but also signals a renewal of the museum’s role in pan-American cultural diplomacy. Although the Cold War climate of polarising political ideologies may have passed, it is now the rivalries of economic dominance in Latin America that is likely to bring new tensions to the region as China’s influence continues to grow.